Lord of the Rings developer Lauren “Budgeford” Salk has penned a new developer diary outlining some of the changes to the new player experience in Ered Luin. In it, Salk discusses how devs have learned from the past and tried to revamp the Ered Luin starting zone to make more sense both from story and from gameplay perspectives. 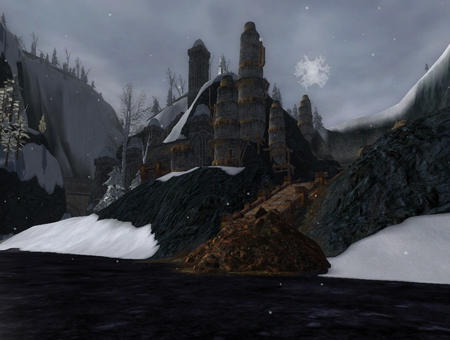 The world-builder for this zone makeover was Ross “Iceman” Glover. Working with the Iceman is pretty great. About once a week, everyone on the LOTRO Gold team will start yelling “ROSSSSS” at the same time. I don’t know why we do this, and I’m sure our neighboring departments don’t love us for it, but it’s still funny, every single time. This has nothing to do with Ered Luin, by the way.

Iceman used the new assets and the new quest flow to make Thorin’s Gate completely incredible. It’s a different world in there now, and looks like it’s actually been run by a bunch of slovenly, greedy, corrupt Dourhands instead of some ordinary unfriendly-ish Dwarves. One of my favorite Tolkien images is that of once-beautiful Isengard now corrupted by Saruman and the Orcs in his service. We imagined Thorin’s Gate as being in a similar situation, once well tended by Thorin and the Longbeards, but now left to decay by Gormr’s careless rule. The treatment of the land says a great deal about the nature of the Dourhands under Gormr’s influence.